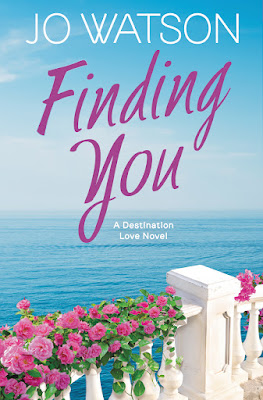 Being adopted never made Jane Smith feel unloved, just unlike the rest of her family. As her twenty-fifth birthday approaches, she is struck by an overwhelming longing to finally find her place in the world. So, in a very un-Jane-like move, she books a last-minute ticket to Greece to find her birth father and the real Jane. All she knows about him is that he was a tour guide named Dimitri. Armed with this knowledge and several surprise boxes of condoms from her mom (not embarrassing at all), Jane takes off.

Within minutes of landing she makes two important discoveries. First, everyone in Greece is named Dimitri, and second, fate might be playing a sick joke on her when a sexy tour guide called Dimitri comes to fetch her from the airport. After failing to find concrete information about her father, Dimitri offers to help Jane with her search – if she’ll go on an adventure with him. Stable Jane would never risk a steamy vacation romance, but real Jane might finally be ready to listen to her heart. Will Jane find her biological father, or will she end up finding something else entirely? 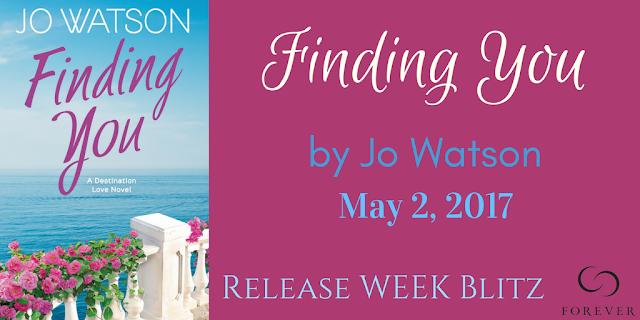 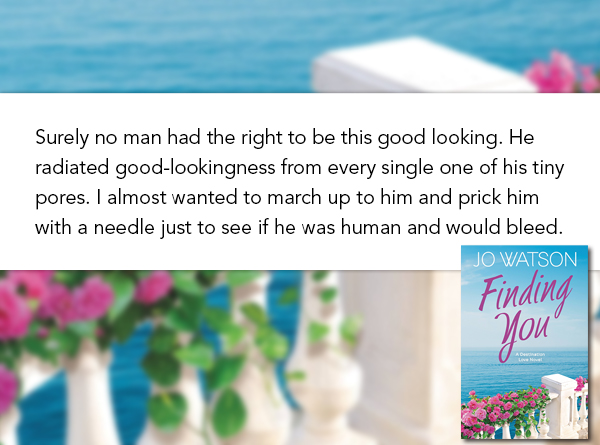 RAFFLECOPTER
We’re giving away 10 copies of FINDING YOU!
a Rafflecopter giveaway

**Please use the links below if the hyperlinks above do not copy over into your post.** 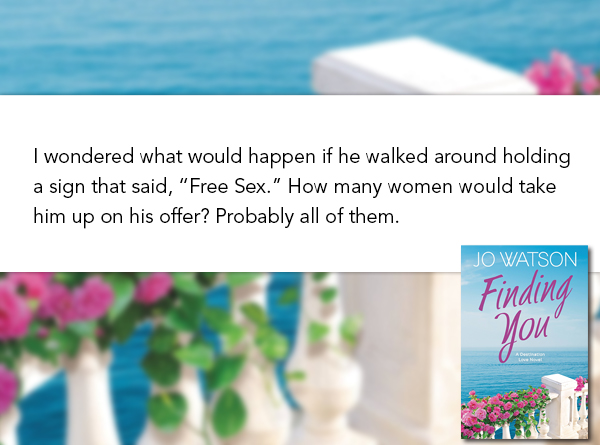 
He stepped toward me. My heart stopped pumping. He leaned in close and pulled my hand from behind my back and placed his card in the center of my palm. My nerve endings prickled and the hair on the back of my neck stood up.

“Just in case.” He repeated the words and they sounded so loaded.

In case what? In case I decided to lose all common sense, judgment, control, my mind (although that was already up for debate) and call you for a midnight beach romp. I’ll be sure to bring my watch so I can take note of how long it takes you to make me start screaming your name in wild ecstasy…Oh God, that sounded good!

I took a large step back. He took a large step forward. Back. Forward. Then he leaned in again. Holy Crap! He was coming in for that double-cheek kiss again and I wasn’t sure I’d be able to remain cool and calm and controlled this time.  Only he didn’t. He did something far, far more odd and unsettling. He pulled my sunglasses off, placed them in the same hand as the card and then closed my fingers around them. He squeezed my hand closed while looking into my eyes in a way that rattled me to my very core.

My head started spinning and suddenly I felt a tad unsteady. I hoped to hell that I wasn’t about to be knocked off my feet by my raging hormones and fall into his arms. He gave my hand one last squeeze, and then… he was gone!

What the hell did that mean? You can’t just take off a person’s glasses, put them in their hands, stare into their eyes meaningfully and then mysteriously walk away without saying a word. What the hell was he playing at?

And why was it so hard to keep myself from falling for it?