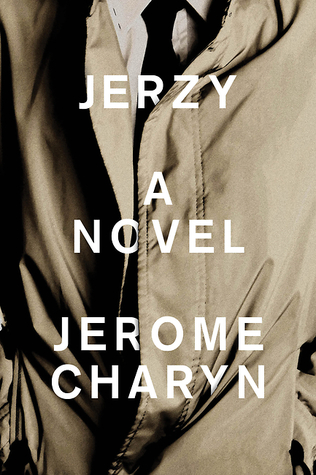 Jerzy Kosinski was a great enigma of post-World War II literature. When he exploded onto the American literary scene in 1965 with his best-selling novel The Painted Bird, he was revered as a Holocaust survivor and refugee from the world hidden behind the Soviet Iron Curtain. He won major literary awards, befriended actor Peter Sellers (who appeared in the screen adaptation of his novel Being There), and was a guest on talk shows and at the Oscars. But soon the facade began to crack, and behind the public persona emerged a ruthless social climber, sexual libertine, and pathological liar who may have plagiarized his greatest works.

REVIEW:
The cover had me thrown but the synopsis had me pulled in. I am a bit embarrassed to say that before this book, I had no idea who Jerzy Kosiński was before reading this book. Although honestly, now that I think about it, it may have worked out better that way so I didn't have any biases or preconceived ideas of who this man was and instead let the author describe him to me with open eyes. This story seems to take the reader on a journey with different narrators who knew him, allowing different parts of him to be illuminated until we see the full picture at the end. It really was an interesting read that I am sure a lot of people will enjoy.


Jerome Charyn is the author of more than fifty works of fiction and nonfiction, including A Loaded Gun: Emily Dickinson for the 21st Century, Bitter Bronx: Thirteen Stories, I Am Abraham: A Novel of Lincoln and the Civil War, and The Secret Life of Emily Dickinson: A Novel. Among other honors, he has been longlisted for the PEN Award for Biography, honored as a finalist for the PEN/Faulkner Award, named a Commander of Arts and Letters by the French Minister of Culture, and is the recipient of a Guggenheim Fellowship and the Rosenthal Family Foundation Award for Fiction from the American Academy of Arts and Letters. He lives in New York.