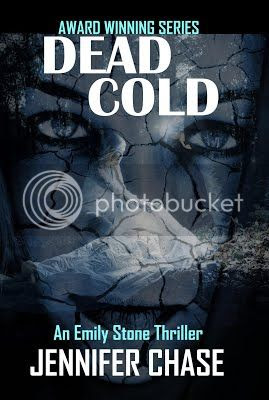 Every Emily Stone Thriller is a stand-along novel.


From the multi-award winning series:


What happens when one California community has a disturbing spike in homicides? It catapults cops into a deadly game of murder. Frozen human body parts hideously displayed at the crime scenes offers a horrifying interpretation that only a sadistic serial killer could design—and execute.


On the hunt for a complex serial killer, vigilante detective Emily Stone must face her most daring case yet. Stone’s proven top-notch profiling skills and forensic expertise may not be enough this time.


Young and ambitious, Detective Danny Starr, catches the homicide cases and discovers that it will test everything he knows about police work and the criminal mind. Can he handle these escalating cases or will the police department have to call in reinforcements—the FBI.


Emily Stone’s covert team pushes with extreme urgency to unravel the grisly clues, while keeping their identities hidden from the police. With one last-ditch effort, Stone dangles someone she loves as bait to draw out the killer. She then forces the killer out of their comfort zone with her partner Rick Lopez, and with help from a longtime friend Jordan Smith. A revelation of the serial killer’s identity leaves the team with volatile emotions that could destroy them.


The killer continues to taunt and expertly manipulate the police, as well as Stone’s team, and as they run out of time—they leave behind everyone and everything—in Dead Cold.


“I’m right here. You can do this, Kayla,” she urged. “C’mon.”
Kayla knew that she didn’t want to be on the boat anymore and wanted to put the entire terrifying experience behind her. She trusted Emily even though she wasn’t completely sure why.
She moved closer to the ladder and slowly put her foot onto the next rung. Water continu ed to splash into her face. She shivered from the cold, but knew that it was only a little bit farther to freedom.
“That’s it—keep going,” Emily coaxed.
Kayla took a deep breath, let it out, and eased herself into the water.
The temperature was shocking to her body. She thrashed for a moment with the anxiety of drowning, but the life vest held her head above the water.
“It’s okay, you’re fine,” Emily insisted. “Put your arms around my neck.”
Kayla clung to Emily as they slowly swam away from the boat. Kayla glanced back expecting to see the heavyset man coming after them, but no one appeared. She thought it looked like a ghost ship in the fog.
Turning her focus back to Emily, she concentrated on the dock as they eased closer. The numbness in her legs and back outweighed her fear of drowning. She knew that she was finally safe.
Several consecutive waves smacked their faces, but Emily kept a strong steady pace.
Kayla coughed and choked on the water that flooded into her mouth. Her face stung like tiny needles piercing her cheeks. She kept her arms tightly around Emily’s neck and could feel Emily’s heavy breathing as she pulled them closer to safety.
The thick fog continued to float across the harbor. It blanketed most of the boats and made the masts invisible.
A tall figure stood on the dock about six feet from the entrance. He had something in his arms. Kayla shook with fear, her imagination reeling her back to her captor.
The man moved quickly forward and helped them out of the water. He then wrapped Kayla in a warm thick blanket. His eyes were kind, his face stern, and he reminded Kayla of a police officer she once met in her neighborhood.
Breathless, Emily said, “Kayla, wait right here. The police are coming and they will take
you home. Okay?”
“But—” her teeth chattered. “But—what about you?”

fast.
Emily smiled. “Don’t worry about me. You were very brave. I told you that you could do

“Why can’t you take me home?” Kayla asked.
Emily let out a sigh. “The police will be here in minutes. It’s their job to make sure that
you’re okay, and they will take you home.”
The couple turned to leave. Kayla knew that they were like secret agents or undercover
superheroes, and they had to leave because they didn’t want anyone to know their identities. “Wait,” Kayla said.
Emily turned and looked at her.
“Thank you, Emily. I’ll never forget you,” she said, wanting to remember the details of
Emily’s face.
She smiled and then hurried away.
Kayla stood on the dock and watched the couple disappear into the fog until she couldn’t see
them anymore.
The sirens approached at high speed.
Three  police  cars  turned  down  the  street  leading  through  the  harbor  entrance.  Their headlights focused on Kayla shivering, wet, and waiting for them. 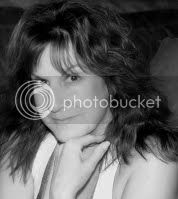 Jennifer Chase is a multi award-winning author and consulting criminologist.  She has authored eight crime fiction novels, including the multiple award-winning Emily Stone thriller series along with a screenwriting workbook.


Jennifer holds a Bachelor degree in police forensics and a Master's degree in criminology.  These academic pursuits developed out of her curiosity about the criminal mind as well as from her own experience with a violent sociopath, providing Jennifer with deep personal investment in every story she tells. In addition, she holds certifications in serial crime and criminal profiling.  She is an affiliate member of the International Association of Forensic Criminologists.