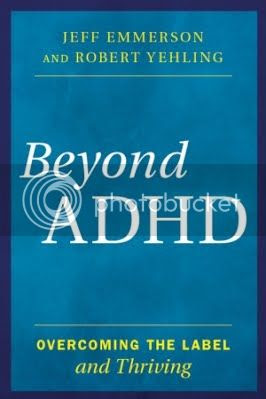 Beyond ADHD weaves Emmerson’s personal story of his ADHD diagnosis, exploring along the way the latest medical, scientific and societal explanations and tools for managing and living with the condition. Including interviews with a number of experts at the forefront of next-generation ADHD diagnostics and treatment, he questions the cookie-cutter way ADHD is commonly diagnosed and treated. Suggesting that the list of symptoms often used to identify ADHD can be attributed to many other disorders and conditions, he explores how and why ADHD diagnoses have increased by 50% in the last ten years.

Emmerson advocates a different approach to ADHD, arguing that it should be a diagnosis of exclusion rather than the other way around, and that we must look past the label, recognizing that individual symptoms vary and treatment plans should be better tailored to the individual. He examines mental and behavioral issues from all sides, including the possibility that nurturing – rather than trying to alter or suppress – the active, “360-degree” mind is a viable way for those diagnosed with ADHD to realize their gifts and lead purposeful lives.

The numbers boggle the mind: Forty million North Americans have been diagnosed with Attention Deficit Hyperactivity Disorder (ADHD). According to some studies, this is more the tip of the ADHD iceberg than its body. How many more hidden ADHD sufferers are out there?


Or is there an ADHD iceberg at all?
When Canadian ADHD expert and social media influencer Jeff Emmerson and I wrote Beyond ADHD, these stats stunned us. They also backed our argument that ADHD is overdiagnosed and overprescribed. Our findings: ADHD and its powerful prescription drugs (Vyvanase, Adderall, etc.) is often used as an excuse to get a bored, fidgety student to settle down or a worker whose ideas fly a mile a minute to focus on one.
ADHD diagnoses have increased ten-fold since the 1980s. Worse, the average time a doctor spends before diagnosing someone, and subscribing powerful, mind-altering meds, is 15 minutes. This can be traced to 1989, when Congress allowed pharmaceutical companies to advertise directly to consumers. It can also be traced to the guidelines for diagnosing ADHD, as presented in the Diagnostic and Statistical Manual of Mental Disorders (DSM), used by physicians and mental health specialists. In DSM-IV, published in 2000, ADHD was described as nine concurrent behaviors, of which the presence of six or more constituted a diagnosis. It recommended we start checking kids as young as five. In 2015, the updated DSM-V noted kids as young as 2½ could be diagnosed and prescribed.
What? So asked thousands of concerned citizens and experts, including Dr. Allen Frances, chair of the DSM-IV committee. So appalled was Dr. Frances that he renounced his earlier recommendations, and sternly advocated another approach: Getting to know what really lies within each person.
Jeff and I lay it out in Beyond ADHD. We explore how better approaches to education and workplace dynamics, outdoor playtime and exercise, diet/nutrition, social life, home life, and interaction with mobile devices and the world at large can create calmer, focused, engaged children and adults. We also explore the “hunter/gatherer mind”, our ancestral way of viewing all 360 degrees of the world around us — and how some naturally operate in that mindset, causing potential trouble with structure, schedules, focusing on one thing at a time, or sitting for long periods. We conclude that what doctors and educators see as a problem child is, in many cases, a highly gifted child who simply is bored in class, and needs greater challenges — not more standardized tests and visits to the doctor.
With the pharmaceutical industry spending hundreds of millions in advertising, pumping ADHD-oriented materials into schools, and contributing to 532 of the 535 sitting members of Congress, along with a rush-to-diagnosis mentality, we felt it necessary to present another approach: looking into individual gifts and lifestyles, celebrating one while refocusing the other. If we can do that, and if we can diminish the distractions constantly bombarding our attention, we will find more focused children and adults — and a more positive, robust society.

ROBERT YEHLING is the co-author of Beyond ADHD (2017: Rowman-Littlefield). He’s also the author of Just Add Water, the biography of autistic surf champion Clay Marzo. 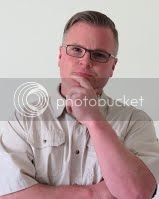 From the depths of mental despair to one of social media’s premier spokespeople for mental health issues, Jeff Emmerson is a veritable “Rocky” in the field. Jeff has written for and been interviewed by some of the world’s top online magazines regarding Attention Deficit Hyperactivity Disorder (ADHD), including Everyday Health (featured on AOL Health) and Additudemag. He also enjoys one of the world’s largest social media followings for a non-medical professional on the subject, with more than half a million Twitter followers and a video blog (YouTube Channel) that includes more than 200 different postings on various aspects of ADHD. Many of the top medical experts in the field, as well as specialists in behavioral therapy, vision therapy and neuroscience, regularly post and correspond with him as part of their collective goal: finding a path beyond today’s ADHD “epidemic”. Some share their perspectives in Beyond ADHD.

Born and raised in Ontario, Canada, Emmerson began speaking publicly to raise awareness of ADHD and mental health issues in 2011, following a suicide attempt and resulting ADHD diagnosis. (Three years earlier, he had lost his brother Ryan to suicide). In 2013, after another bout of suicidal ideation, he focused more greatly on his higher purpose, took to social media channels and began blogging to reach an even larger audience. He also took out an old manuscript he had written about his life, which further developed into Beyond ADHD.

Emmerson is a passionate advocate for mental health, and fostering a deeper understanding beyond the accepted symptoms that have led to more than 30 million North Americans taking ADHD medication. He seeks to come up with solutions that return society to a place of compassion, humanity, community and empathy. This perspective forms the structure of Beyond ADHD.

Emmerson will be embarking on a public speaking and signing tour in Fall 2017 to draw greater awareness to the diagnostic and societal issues of ADHD, to create greater public discourse in North America and worldwide, and to roll out the many forward-thinking solutions that he and many of the world’s foremost experts on behavioral, mental health and neurological issues and conditions have been discussing and beginning to utilize.

Jeff and his wife, Aimee, Founder & CEO of a globally recognized digital marketing firm, make their home in Ontario, Canada. He was a star youth hockey player in Canada for many years, and later, worked as a security guard and in various positions.

Co-Author and Independent Publisher Book Award winner Robert Yehling is the author of 12 books and the co-author or ghostwriter of eight others. Beyond ADHD is his second co-authored book in the mental health field, following on the heels of Just Add Water (Houghton Mifflin Harcourt), the biography of autistic surfing star Clay Marzo, which was a finalist for the 2015 Dolly Gray Literature Award. His new novel, Voices (Open Books Press) is one of the most anticipated music-themed novels of 2017.  Other titles include The Champion’s Way and When We Were The Boys. Celebrating 40 years as a professional journalist and author in 2017, Yehling is also a five-time Boston marathoner and the head cross country coach at Carlsbad (CA) High School, his alma mater.