USA Today Bestselling Author Kennedy Layne continues the Safeguard Series with this fast-paced romantic suspense novel that leads the SSI team on the trail of a serial killer who continually seems to be one step ahead…
Coen Flynn has always done the right thing, even it meant siding against his own family. His sense of justice was what led him to take a job in law enforcement, though his choice of agency was a bit unorthodox. His current assignment was believed to be a simple protection detail.  He was never supposed to be identified by his charge, but a murder took priority and changed the course of his mission.
Brettany Lambert’s life is suddenly rocked when she finds the body of a dead friend on the eve of what was supposed to be a special wedding. Now Brettany and Coen are trapped in the middle of a blizzard and their attraction will fuel the heat of temptation. Good intentions always have a way of backfiring, but his desired intent won’t matter if a notorious serial killer can finish what he started.
Add HONEST INTENTIONS to your Goodreads list here! 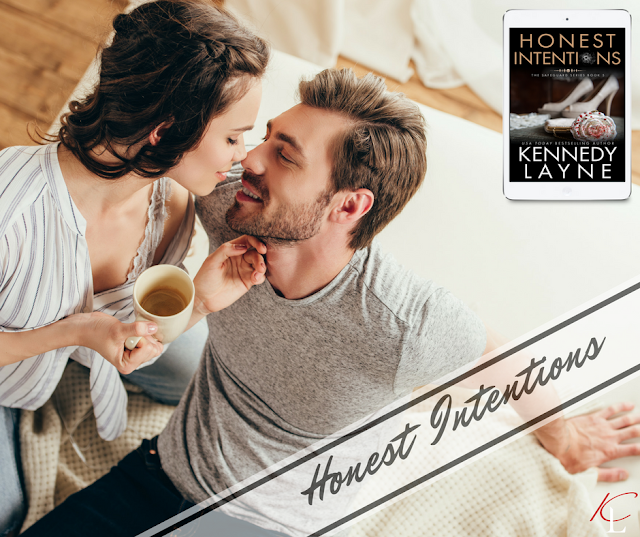 “Brettany?” Coen didn’t bother to take off his boots, though he didn’t cross the line where the entry tile and the hardwood floor of the living room met in a seamless transition. “Come on out! Someone wrecked into one of your trees out front.”
“What?” Brettany asked before she rounded the corner. She was hastily making her way across the room and putting on her boots before he could stop her. “Please tell me it wasn’t Mr. Landry down the street. He promised me he’d be back before the storm hit. Do we need to call 911?”
“Where do you think you’re going?” Coen asked, shaking his head before he even finished the last word. Two minutes ago, she was scared shitless that a serial killer had come to kill her in cold blood. “I didn’t mean for you to come outside. I only meant the coast was clear. I need a flashlight so that I can check to see how bad the damage is to your house. A downed limb could have damaged the roof. I’m assuming a large branch fell, but the storm is too heavy for me to make it out from the lights out front. Turn on any outside floodlights you have so that I can evaluate the damage, if there is any.”
“I’m not worried about the house, Coen.” Brettany shot him a look of disapproval. She grabbed her jacket and was hastily shoving her arms in the sleeves as she turned toward the door. “We might need to get Mr. Landry an ambulance.”
“Brettany, it’s not Landry. As a matter of fact, the driver left on foot heading west.” Coen grabbed the hood of her coat to prevent her from reaching the doorknob, causing her upper body to bend as she took another step forward. “Would you stop, please? There’s no need for you to go outside in this weather. I need you to get me a flashlight and turn on your outside lights.”
Brettany batted his hand away from her hood with a frown before turning to face him.
“Why didn’t you say that in the first place?” Brettany spun around anyway, holding her hands up to the window so that she could see outside. “Whose car is it?”
“I don’t know,” Coen replied as he lifted his jacket off the coat rack. “It’s not someone from the neighborhood. If you could grab me that flashlight, I’ll take a look around and also check the glove compartment to see who it belongs to. Maybe we can find a number and call to make sure the driver made it home safe on foot.”
Coen breathed a little easier when she pulled away from the door. She passed him, only to stop at the entryway table. She then opened one of the two drawers, magically producing an old mag-light type flashlight. He took it from her and ensured that it was in working order, narrowing the focus to midrange. He’d been about to thank her when she had to go and set his teeth on edge. She’d produced a second mag-light and her intentions were obvious.
“Just out of curiosity, does your class listen to instructions as well as you do?” Coen was now standing between her and the door. He didn’t have any plans to move while she had it in her head that she was joining him outside. “Or do they just do as they please, just like their teacher?”
Brettany had already pulled the hood of her jacket over her curls, causing her green eyes to appear brighter as she stared at him in confusion. They finally cleared with understanding, but it was easy for him to see that a storm was brewing—and he wasn’t talking about the one outside. 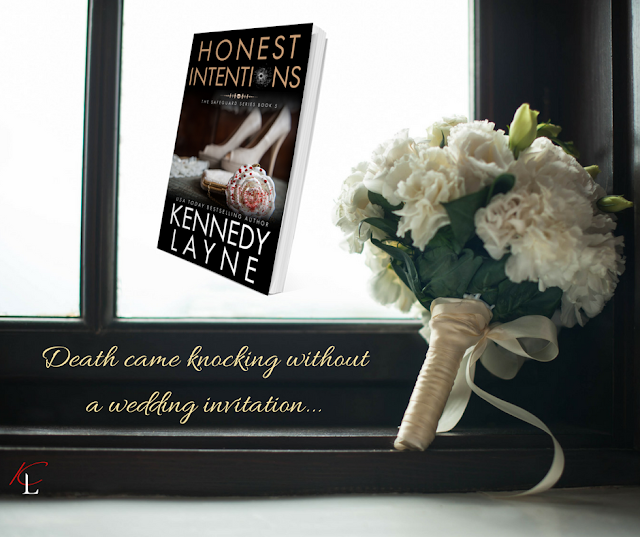 Get your hands on HONEST INTENTIONS now!

Kennedy Layne is a USA Today bestselling author. She draws inspiration for her military romantic suspense novels in part from her not-so-secret second life as a wife of a retired Marine Master Sergeant. He doubles as her critique partner, beta reader, and military consultant. They live in the Midwest with their teenage son and menagerie of pets. The loyal dogs and mischievous cats appreciate her writing days as much as she does, usually curled up in front of the fireplace. She loves hearing from readers--find out how to connect with her at www.kennedylayne.com.