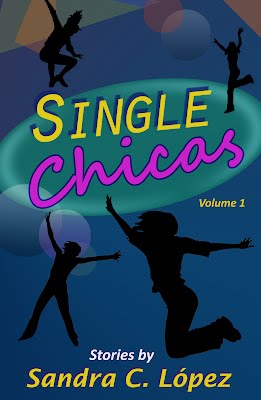 I'll never forget the day my brother gave me a stroke. Of course, being that he was my little brother, a stroke should've been classified a recurring condition by then. Instead, the most he had ever given me was a chronic eye twitch, which, now that I think about it, may have been an indicator of an on-coming stroke. But, yes, it was definitely a stroke I had when Benito (I always called him Benny) came over that day to tell me he was getting married.

My brain blew a short and my whole body went numb. I think, at one point, the world before me was engulfed in a white flash, and then somehow I ended up on the floor. When I finally got the feeling back in my jaw, the only thing I could muster to say was: "Are you a moron?" The clear answer was "yes." He was a moron. Getting married? Was he out of his freaking mind? Oh, hell yeah! Let's put aside that he was only 19, not even old enough to drink, for god sakes; let's put aside that he'd only known the girl for 6 months, at most; let's even put aside how annoying the girl was and how I couldn't stand her. Why in the hell would he want to hang himself like that? Had he forgotten that marriage is basically a prison? Had he not paid attention to all the disaster stories I'd told him? Broken marriages from all around the table, starting with our parents and going all the way to our grandparents, aunts, uncles, cousins, to damn near everyone else we knew. It all ended the same: divorce, the blissful release from a life sentence.

"Oh, Bea, don't you even start," he retorted with a dismissive wave of his hand. "I don't want to hear your putdowns on marriage…again. I've heard them over and over and over."

"Well, have you heard that marriages basically suck the big weenie?"

"I believe I did hear that from you, yes."

"Well, then tell me why? Why the fuck would you do something like that!?" Oh, I could feel my poor blood pressure rising. Good grief, the boy was going to give me a heart attack. I tried taking in a few calming breaths, but the whole thing was basically useless. I was in total freak-out mode. "C’mon, Benny, tell me, please, because I'm not understanding here. What, did she pull that voodoo-hoodoo crap on you? Did you crack your head on something? Have you just completely lost your mind? C'mon, you gotta give me something here."

He looked at me accusingly, his dark eyes narrowing. "You would think that, wouldn't you?"

"Well, I don't know what else to think."

Benny shook his head with a petulant eye roll. I know that eye roll. It's the same one he pulls whenever someone tells him to pick up his socks or wash his hands. In a huff, he simply stated, "No. I didn't knock her up."

A literary master at work here. "Great? What's so great about her?"

He shrugged his shoulders.

"Well, I can't think with all these questions," he snapped.

"I'm sorry, do you need a minute? I mean, I know I'm throwing really hard questions at you. Worse than poking your nose or scratching your balls, evidently."

Pulling his "talk to the hand" gesture, Benny turned to walk away.

"Furthermore," I continued, following on his ass, "she calls you forty times a day, she has you running to her every time she cries at all hours of the night, and she's dragging you to all these girly places you wouldn't be caught dead in, even if you were dead. Plus, she's annoying, she's rude, she's just plain crazy. Face it, she's nothing but a big, bi—"

"Okay, Bea, that's enough!" he yelled, twisting around to face me. For a long time, he stood there staring down at me, his nostrils flaring, his jaw tightening. I could tell he was getting pissed. What guy wouldn't? I was basically pointing out that his girl was wearing his huevos like a necklace.

"Look, bottom line: she treats you like a slave. She will ruin your life. She's gonna suck you dry 'til there's nothing left of the old Benny. Seriously, get out of this thing and go live your own life. C'mon, before it's too late."

He stood there in brooding silence for a moment, his gaze lingering on his sneakers. Then, looking back up at me in resignation, he said, "She really wants this."

"I want to make her happy."

"But what's gonna make you happy?"

Biting his lower lip, my brother shifted awkwardly, his head hung low. He had no words.

"She's already started planning with her mom," he shot out, tearing his eyes from the floor.

"But I already told her I would."

"Oh, god!"  My frustration had mounted to unbelievable heights. Oy, there go those chest pains again. The boy was definitely killing me here. But what else could I do? I swear he was as loyal as a dumb dog, and he was bound and determined to live out his days with his tail between his legs. I knew then that he wouldn't back out on her for any reason. Not even if she was kidnapped, I don't think (although that was an idea that crossed my mind.)

I stood quiet for a moment, taking long calming breaths. Then I looked up at him, disappointment drawn on my face, and said, "You're making a big mistake."

That day I told my brother not to expect me at his funeral.