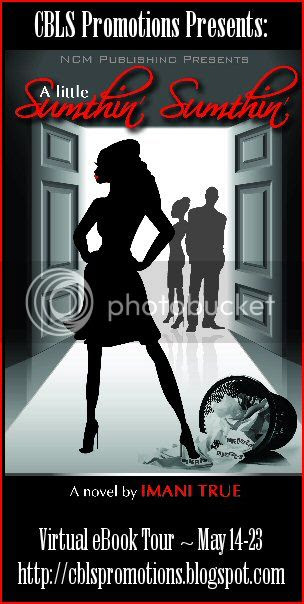 How do you start over when you never thought you’d have to?
Fatimah Briggs is tired of the games, tired of the lies.
Tired of her husband.
Malcolm has spent his entire marriage thinking only of himself and getting “a little sumthin sumthin” on the side. Plus, when he’s angry, he lashes out at the one person who’s always believed in him, even when it tore her heart to pieces. But after one confrontation too many, Fatimah decides that enough is enough. When her bruises heal, she refuses to return home, choosing instead to start a new life without Malcolm.
Enter Xiomara, Fatimah’s sexy new boss who wants so much more. That’s when Fatimah is forced to face some truths of her own, and finally take charge of the situation.
But more than a few people aren’t going to like the ‘new and improved’ Fatimah. And dealing with “a little sumthin sumthin” may prove to be more than anyone should be expected to handle.
A Little Sumthin Sumthin is a story of starting over, and finding strength when you thought you had none. It’s a tale of karma, truth, and ultimately, survival because sometimes, what goes around, really does come around.
For Fatimah, the trick will be staying alive long enough to see it happen.

I like the author herself and I was really looking forward to reading this book and I have been reading great reviews for this book, but for me, it just fell flat...and for a few reasons: the very verbally, mentally, and physically abusive husband, the foul language (which I was willing to overlook) but mainly the way Fatimah and her friends spoke to each other, you would think they were Junior High or High school girls, but they are supposed to be in their fifties. They seemed to talk immaturely. Also, I understand having healthy self esteem,  but Fatimah seems so into herself while describing her own beauty. And it really confused me how someone like Fatimah who knew she was attractive as well as a nice figure and seemed to be a strong independent woman would allow herself to be in a marriage like that for twenty years. Then after finding a receipt for condoms she is so overwhelmed by the cheating, etc that she blacks out and wakes up in the hospital room and leaves her husband. It seemed too easy for me.
Don't get me wrong, I did enjoy the story but parts of the book were...off for me.
This is definitely a powerful gritty book novel that may not be easy for some to stomach because of the subject matter (and I am not referring to sex talk or language). Imani True did do a good job in writing a book, developing the storyline and creating characters. I do like True's writing style, it is a bit gritty as I said before but that adds to the charm for me because I rarely read books with grit that I enjoy.
This is definitely not a fluffy or lighthearted or easy read. But it is alright. So beware **razz**


I received this book for review from CBLS

Imani’s stories was published in Delphine Publications’ Between the Sheets anthology. Both books won literary awards. 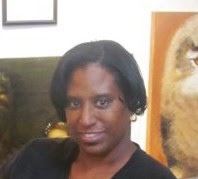 In February 2012, True released A Little Sumthin Sumthin, the story of Fatimah Briggs, a woman trying to start a new life. But when Fatimah packs her bags to leave, she has no idea what secrets, lies, and indiscretions will unfold as she tries to make her own way.
A native New Yorker at heart, True currently resides in Las Vegas, where she works a traditional 9 to 5 until the pen pays her bills. When she’s not writing, she enjoys watching crime thrillers, traveling, and sports. The mother of one grown son, Imani is currently working on several e-books, screenplays, and novels in the genre of erotic crime thrillers.
Website: Websitehttp://truerotica.blogspot.com
Facebook: Facebookhttp://www.facebook.com/AuthorImaniTrue
Twitter: Twitter

Check out these other great bloggers with their reviews on A Little Sumthin' Sumthin' by Imani True
May 14: Black Hippie Chick's Take on Books & the World
May 15: Bab’s Book Bistro
May 16: A Chick Who Reads
May 17: House Millar
May 18: Coffee Beans & Love Scenes
May 19: Full Moon Bites
May 20: BookJunkieMom @ Rainy Day Reviews -That's me!
May 21: Always a Book Lover
May 22: Books Reviewed by Bunny
May 23: Harlie's Books
Posted by Elisha German at 7:16 PM