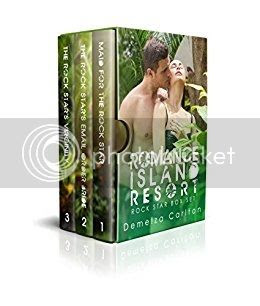 Where does a rock star go looking for love? Romance Island Resort, of course! An exclusive paradise in the Buccaneer Archipelago off the coast of Western Australia, Romance Island Resort is known for its luxury and the discretion of its staff. Welcome to paradise, where the romance is as hot as the weather and the tides aren’t all that’s surging beneath the surface.
A hot Aussie rock star looking for love. Why did he have to pick HER hotel?

For a limited time, you can get the first 3 books in the Romance Island Resort series for only 99c.
That’s
•Maid for the Rock Star (#1)
•The Rock Star’s Email Order Bride (#2) and
•The Rock Star’s Virginity (#3)
for more than 85% off the full price of buying the books separately. 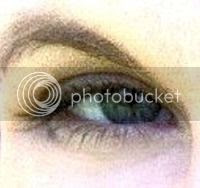 Demelza Carlton has always loved the ocean, but on her first snorkelling trip she found she was afraid of fish.
She has since swum with sea lions, sharks and sea cucumbers and stood on spray-drenched cliffs over a seething sea as a seven-metre cyclonic swell surged in, shattering a shipwreck below.
Sensationalist spin? No - Demelza tends to take a camera with her so she can capture and share the moment later; shipwrecks, sharks and all.
Demelza now lives in Perth, Western Australia, the shark attack capital of the world.
The Ocean's Gift series was her first foray into fiction, followed by the Nightmares trilogy. She swears the Mel Goes to Hell series ambushed her on a crowded train and wouldn't leave her alone.