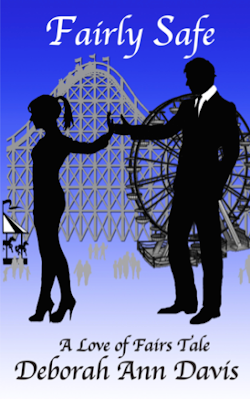 Synopsis:
When Mistaken Identity collides with Secret Identity, who wins?
JACOB HAS COME A LONG WAY FOR AN ORPHANED KID. He has a mentor, a great job, and has finally fallen in love. Granted, she mistook him for a stalker when they met, but every relationship has its little problems. Unfortunately, for the past few years, as the object of his affection pops in and out of his life, she has refused to share any personal info, like where she’s from…or her real name. Regardless, Jacob is ready to take their relationship to the next level. Now, if only he can locate her so he can tell her.
CASEY’S FAMILY IS IN THE WITNESS PROTECTION program. Safety has to be their only priority. Their cover has been blown before, so Casey knows at any given time they could be forced to disappear again. Obviously, a shy young man with hopeful eyes cannot possibly be added to the mix. Now, if only she can stop thinking about him.
JACOB’S AND CASEY’S WORLDS UNEXPECTEDLY COLLIDE when Jacob inadvertently helps hide her family. Exposed to their 24/7 vigilance, Jacob realizes he must come up with a plan to keep them out of harm’s way, because this time if Casey disappears, she will be taking with her Jacob’s heart, and his hopes of finally having a family of his own.

Review:
This is the second book in the Love of Fairs Series. This was such a fun and cool read! It was magical and takes the reader back int time; back to 1938. Jacob, who didn't have a typical upbringing because he grew up in the foster care system, has made something for himself. He is living a happy life. Then there is Casey who is in the witness protection program along with her family. Both will grab you by the heart and hang onto it until the very end. I was fortunate enough to be able to read both book one and two, but you can read either and not get lost or confused, but I do recommend reading both because they are great. Both characters are written so well with their backstories and how they are handling it that you as the reader will be cheering them on from the first page until you close the book. The author did such a great job taking two completely different personalities with two very different stories and finding a way to intertwine their stories in this book.


Jacob peered into the brush as he strode back and forth, trying to spy their location. Hands on hips, he glanced at the collection of litter with disgust. It was, in fact, a mass of old clothes, apparent escapees from the back of someone’s pickup truck.


William’s in the hospital, and I’m checking out recyclables? He blew an impatient breath as he peered at the array of bushes and vines. I’m outta here.
“Hello?” he yelled one last time.
The pile of rubbish near his feet shifted.
“Whoa!” Jacob jumped back. He nudged the heap with his foot, uncovering a third boy. This one was older, a teenager perhaps. A matt of tangled blond hair and several days’ worth of grime obscured his face. He was breathing, but he was laid out cold.
Jeez! What the…? Maybe it was a hit-and-run.
Crack!
Jacob whirled around to find a bullet-sized hole in his passenger window. He didn’t need military training to recognize an attack. He scrambled behind his car and hunkered down into a poised-for-action squat near the front tire.
“Stop it!” A small boy burst out of the bushes, clambered up the embankment, and ran around the car toward Jacob. “He can help us.”
Angry howls from the underbrush followed him as he hurled himself at Jacob then clung to his neck. Off balance in his squat, Jacob threw one hand behind him for support while securing the weeping missile with the other. They landed in the middle of the street. A series of pinging and cracking noises claimed the other side of his car. He shifted position to wrap both arms around his slight bundle, and rolled them toward the protection of the front tire.
I need to get us inside the car and out of range of…pebbles? Since when does a pebble put a hole in a window? “Hold on!” he shouted. “I’m not going to hurt anyone.”
The pinging stopped.
“I told you so,” intoned a muffled voice in the vicinity of his chest.
“Let him go, get back in your car, and leave!” ordered one of his hidden attackers with an unfamiliar accent.
“You’re squishing me,” complained the squirming body in his arms.
Jacob loosened his grip to find a tear-stained face staring back at him. “I won’t hurt you,” he murmured.
“I know,” sniffled the child. “You’re gonna help us.” He patted Jacob on the cheek.
That hadn’t happened before. An odd protective reaction to the boy’s hand on his face curled in the pit of his stomach. “Don’t worry. I’ll get us out of here.” Satisfied there were no signs of panic in the young face, Jacob focused on the situation.
The assailants might not have a gun, but whatever put a hole in his window sure could put a hole in him. He wasn’t even sure whether they were attacking or protecting the unconscious boy. “I’ve got to get that kid out of range.” He craned his neck to see what kind of cover the other side of the street provided, further loosening his hold on the child.
“I’ll make ’em stop,” declared his bundle and, with a determined wiggle, he squirmed free.
“Hey, get back here,” Jacob hissed, making an unsuccessful grab at the slight figure scampering toward the exposed front end of the car.
Eluding him, the youngster shouted, “I said he’s gonna help us. Quit messin’ with him.”
A moment of silence greeted his announcement, followed by a clamor of comments. “Are you sure?”
“How do you know?”
“We don’t need his help.”
“Get back here.”
How many of them were there? Was he about to be rushed by some kind of gang? And what the hell are they doing in the woods in the middle of Connecticut?
With an exaggerated roll of his eyes, the kid bent to inspect a bug bite on his leg. “I’m sure,” he shouted. “Stop it or you’ll hurt him. He’s not gonna help us if you hurt him!” He looked over his shoulder at Jacob and raised his palms with indignation. “You see what I have to put up with?”
The murmuring resumed in the underbrush. Jacob inched over, intent on retrieving the flea-bitten kid before he got injured.
“Hey, back off!” Another ping on his car accompanied the shout from a deeply accented voice in the brush.
The small boy straightened in surprise. “He’s not gonna help us if you keep doing that!” he admonished shrilly into the brush. Bug bites forgotten, the boy ran back to Jacob. He grabbed his hand and tugged him over to the unconscious bundle on the side of the road. 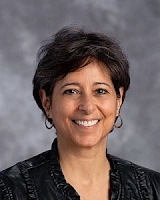 I currently reside in lovely Connecticut where I enjoy dabbling with living a sustainable life, developing my Girl’s Guide To Good Guys: The Power of Being Patient & Picky program to promote an empowering way for teenage girls to see themselves, writing novels


for my Love of Fairs series (Fairly Obvious will be out in 2017), dancing, playing outside, and laughing really hard every day. I promote increasing the amount of movement throughout your day via Wiggle Writer posts on my blog, Merry Meddling, and on Twitter @WiggleWriter and @DeborahAnnDavis.