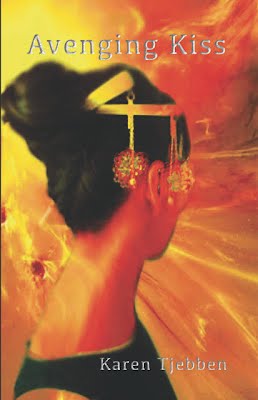 Some sins cannot be forgiven. Those must be avenged.
When Aditya Chopra stumbled upon the decimated camp, she vowed to hunt down the men who killed her sister. The stench of burnt flesh and the taste of death in the air haunt her dreams and power her lust for vengeance. She will show no mercy.
The men of Savage Security served their country. They’d done their time in the sandbox and now enjoy their peaceful lives in the States, far from the death and mayhem of war. Will living in peace blind them to the dangerous threat that’s poised to strike?

Review:
This is the second book in the series and now I am really wanting to read book one. I enjoyed that I was able to read this one as the second book without being too lost and confused as the story has already been developed. The characters are great individually and as the Savage Security group - they are protective and loyal; especially when it comes to a couple of the members being a target of the Black Widow. I don't want to give too much important detail away...but this is a fast moving book but not so fast that you get lost or confused. However, this book did feel unfinished and left me hanging. I am going to hope that it is because it is a series and not a standalone. I would recommend this series to just about everyone, but definitely read the series as a whole.

Excerpt:
The moment Jack had been waiting for finally arrived when the restaurant door opened and in walked Bella. Jack took her in. Her petite form was sheathed in a red dress that hugged her in all the right places. The plunging neckline accentuated her firm breasts and the skirt cradled her ass. He’d never seen her wear anything like that to work.


Bella’s smile radiated joy, and her eyes sparkled with happiness. Her long black hair with the pink tips fell beautifully over her shoulders. She was Jack’s weakness.  He wasn’t sure which part of her called to him more. Her sweet personality that brightened every day at Savage Security, or her fantasy worthy, smoking hot body. Those two traits combined made her the most desirable woman he’d ever known. From the moment they’d met, he’d recognized the sincerity and kindness in her eyes. In his line of work, he didn’t see much of that. He dealt with the dregs of society, and when he’d met Bella, he realized that she was the antidote to the cynicism that orbited him. And now as he took her in, he knew that he either needed to get over her or claim her as his own.
Bella looked over her shoulder and reached back with one hand. Behind her, a man reached out and locked hands with her. She smiled at him as he stepped beside her. Jack’s brows pulled together as the man’s body brushed against hers. Jack’s blood turned molten. He stared at them as they made their way towards the Christmas tree to drop off the toy she carried.
Cole couldn’t have been happier as he watched Jack’s reaction to Bella’s friend. If he’d realized Bella would show up with a man, he would have taken out his phone to record the look on Jack’s face.
The air around Jack thinned. He struggled to catch his breath. It felt like he’d been sucker punched by a gorilla.
Bella looked happy. With a man.
Jack shook his head in shock and finally remembered to breathe. “Who the hell is that?” Jack sneered. Irritation laced his words. His night had gone from promising to miserable in the period of a heartbeat. With each step the man took, Jack studied the intruder. The man’s short cropped blond hair stood in a messy, spikey jumble on top with the sides cut short. A short-trimmed beard and mustache completed his look. His clothes fit him well, the style current and fashionable. He looked like he’d stepped out of a magazine photo-shoot after being prepped and perfected by professionals.
This male version of a fashionista’s relationship with Bella was not going to continue. Jack would definitely put an end to this man’s dreams of bedding his woman.
Mike watched the happy couple stroll to the Christmas tree. This was a new development. He hadn’t heard Bella talk about a man. Did Alisha know about this? He’d be sure to ask her.
Jack tore his eyes from Bella and looked at Cole. “Did you know about this?” He subtly pointed towards Bella and the mystery man on the other side of the room. “Did you know that she was bringing a friend tonight?”
Cole chuckled low. His shoulders rose and fell as his chuckle strengthened into a laugh. “No, but I think the night just got a hell of a lot better.” At least Cole suddenly felt much better. It was clear from Jack’s reaction that he didn’t need to worry about Julia. Jack’s OCD was about to be unleashed on the stranger who’d dared to put the moves on Bella. He knew it was going to kill Jack to watch her with a man tonight, especially one that may go home with her. He almost started to feel sorry for him.
Bella squeezed Eric’s hand. She was thankful that her dry spell was over. It had been a while since she’d been with a man. Sure, she was surrounded by macho, manly-men all day, and her friends were jealous that she worked in the midst of all that sexy testosterone, but they didn’t know the downside.
She was surrounded by all that testosterone.
The men she worked with were intense. Not the ‘their favorite team is playing their rival so they turn into madmen for a few hours’. No, everything about her coworkers was hardcore. They took everything seriously, and even their presence could be intimidating. Sometimes she felt as if she worked in a pressure cooker. She figured the men were probably sitting in the restaurant right now assessing threats, probably had been since they’d entered and probably would until they left. They never let their guard down. 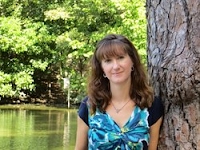 Karen Tjebben lives in central North Carolina with her wonderful husband, twin daughters, and two hamsters. When her girls left for kindergarten, Karen discovered that she needed to fill her days with something, and that was the beginning of her new career in writing. She
loves to create worlds filled with unique characters that she hopes will delight and raise goose bumps on her readers. In her free time, she enjoys traveling with her husband and seeing the world through her daughters' eyes.