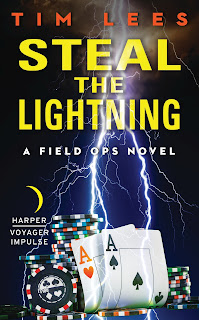 In the newest Field Ops adventure, god hunter Chris Copeland must track down an enigmatic figure distributing shards of deities to unwitting citizens across the country
Chris Copeland has a bizarre job, seeking out gods to convert into energy, but when he’s tasked with retrieving a deity from an elderly woman in New York, he’s truly out of his element. Before he can learn who sold her the dangerous object, she swallows a piece of it and goes into painful convulsions in front of his eyes.
Calling himself Johnny Appleseed, an elusive man has stolen fragments of gods and is traversing the country, peddling the contraband as a miracle cure to anyone desperate enough to believe him. With the help of his colleague, Angel, and a documentary filmmaker intent on exposing the Registry’s secrets, Chris must chase down the culprit and recover the stolen gods before all hell breaks loose. 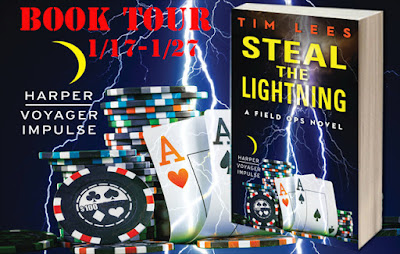 Meet the Author:
Tim Lees is a British author now living in Chicago. He is a regular contributor to Interzone, Black Static, and other titles. He is the author of the much praised novel, "Frankenstein's Prescription."