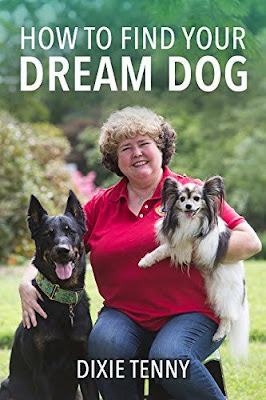 Bringing a new dog into the household should be one of life’s happiest events. The process always starts with excitement and high expectations. Too often, though, it ends in disappointment. The new puppy wakes everyone three times a night, gnaws on furniture, piddles everywhere, knocks the children down. The new adolescent dog is too wild. The new adult dog growls at your neighbors. And where did all this dog hair come from?


Whether you are looking for a purebred puppy or a charming mixed-breed, the type of dog you bring into your home matters. A quiet owner will struggle to keep up with a high-energy labrador mix, for instance, while an active outdoor family will be impatient with a snoozy bulldog. And finding the right kind of dog means becoming the right kind of owner—a task that takes some forethought and planning.


How To Find Your Dream Dog is here to fix the disconnect of dog ownership. It walks you step-by-step through the process of choosing the right type of dog for you—not only exploring the canine qualities that can determine your perfect puppy, adolescent, or adult dog, but also assessing your lifestyle to make sure you’re a good match for the dog, too. The book also looks at good (and bad) sources for finding healthy and sound pet dogs, gives guidelines for evaluating individual puppies, and warns of some red flags to watch out for during your dog search. With this guidebook in hand, you can be confident that the next puppy or dog you bring home will be the right companion and friend for you for the rest of its days.


​Dixie Tenny is a Certified Training Partner with the Karen Pryor Academy of Animal Training and Behavior. During her 30+ years spent working with people and their pets, she has seen again and again how mismatches between dog and owner can create “behavior problems” that never would have happened if the right dog had been matched to the right owner in the first place. She wrote this book to help puppy buyers and dog adopters start out on the best possible foot with their new pet dogs, and stay on that path for years to come.


Dixie Tenny has been helping people and their dogs find each other and form successful partnerships since the early 1980s. She founded Purebred Dog Rescue of Saint Louis in 1984, which as far as she knows was the country’s first organization that combined the efforts of people who worked in rescue for many breeds under the umbrella of one organization. After moving to Seattle, Washington, she co-founded Seattle Purebred Dog Rescue, Inc. (SPDR) in 1987. She was involved in running this organization for the better part of thirteen years. SPDR was featured in the American Kennel Club Gazette, where Dixie was referred to as the “Matriarch” of purebred rescue. SPDR, still operating successfully as of this writing, utilizes hundreds of wonderful volunteers to work with several 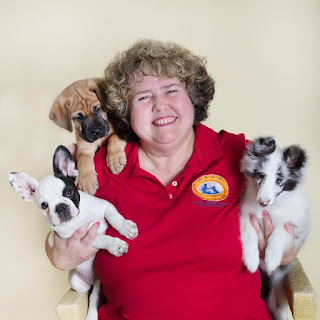 thousands of dogs each year, with great success due to their rigorous evaluation and placement policies and their use of specialized breed representatives. The organization received an award from the Humane Society in Bellevue, Washington, due to the fact that SPDR’s help in placing the shelter’s purebreds allowed many more mixed breeds to be placed successfully as well. Dixie also received the Seattle Kennel Club’s “Honor Our Own” award in 2001 for her work with SPDR. Twice, Dixie has been the recipient of the Gaines Good Sportsmanship medal.


Back in St. Louis in 2001, Dixie turned her attention to behavior and training. She was the Director of Training for the Greater St. Louis Training Club, Inc., for five years, creating classes and overseeing the work of 40 head and assistant trainers. In 2003 she and another experienced trainer created Dogs Unleashed, LLC. Dixie and her partner traveled to clients’ homes and worked with a wide range of behavior and training issues for four years. During this time Dixie attended many continuing education conferences featuring trainers such as Dr. Ian Dunbar, Kathy Sdao, Karen Pryor, and Suzanne Clothier. As Director of Training for GSLTC, Inc., Dixie arranged and hosted seminars in St. Louis featuring Dr. Patricia McConnell, Sue Ailsby, Dr. Roger Abrantes, Nicole Wilde, and Leslie Nelson of Tails-U-Win. During this period, Dixie also served for several years as a Judge for the Dog Writers’ Association of America annual awards.


In 2010, Dixie took the six-month course offered by the Karen Pryor Academy for Animal Training and Behavior, and qualified to become a Certified Training Partner for that organization. Dixie formed her own business, Human-Animal Learning Opportunities, LLC (HALO) in 2013. HALO hosted continuing education seminars for dog trainers, featuring Dr. Jesús Rosales-Ruiz (three times), Mary Hunter (twice), Celeste Walsen of Courthouse Dogs, and Steve White. Dixie is also a Professional level member of the Association of Professional Dog Trainers, a Certified Professional Dog Trainer - Knowledge Assessed, a founding member of Saint Louis Pet Experts, and a Silver member of SPARCS (Society for the Promotion of Applied Research in Canine Science). Dixie’s own continuing education has included attending the annual conference put on by the Organization for Reinforcement Contingencies with Animals (ORCA), which features some of Dixie’s most respected animal trainers/researchers, including Kay Laurence, Ken Ramirez, Dr. Jesús Rosales-Ruiz, Steve White, Alexandra Kurland, and others. Dixie took Kay Laurence’s challenging two-year online course, the Intelligent Dog Trainer Course (IDTC) in 2012-2013, and is proud to have received Certification with Recommendation on her Unit 1 work. This book and those that she hopes will follow came out of her Master Trainer project for the Kay Laurence course.


Dixie has lived with many dogs over the years, several mixed breeds as well as Australian, German, and English Shepherds, Welsh, Cairn, and Airedale terriers, a Bernese Mountain Dog, a Golden Retriever, and an Irish Wolfhound. Other pets have included cats, birds, reptiles, hedgehogs, a beloved opossum, and more. Dixie has shown some of her dogs in conformation and obedience trials, created and taught Tricks classes, and dabbled in agility, K9 nose work, earthdog, and rally obedience. While in Seattle, Dixie raised a labrador puppy for Canine Companions for Independence, Inc. (CCI). Currently Dixie lives with a Beauceron and an elderly Papillon, and a Somali, a Chantilly, and two Abyssinian cats. When not doing things related to animals, she reads widely, enjoys the company of her three grown children, follows baseball and English Premier League football, and travels the world.


Interview with ​Dixie Tenny, author of How to Find Your Dream Dog


Q: What is your writing process like?
A:  Even though I’ve always been a night owl, I write best in the morning. After I get up and feed and settle the dogs and cats, I bring a latte to the computer and work for several hours. Sometimes I have to grab a second latte - writing is thirsty work! Another way I like to write is to take an 8-1/2x11 lined notebook (the colorful ones from Levenger’s are my favorites) and go to a coffee shop or a wine bar and write at a time when I know they will have lots of customers. The chatter of the people in the room energizes me and keeps me focused.

Q: What kind of research do you do, and how long do you spend researching before beginning a book?
A: Well, in one sense, I spent 33 years researching “How to Find Your Dream Dog,” because that’s how long I have been working with people and their pet dogs. Virtually all the material in the book is made up of what I have told individual clients over the years. I finally decided that so many people needed this information, and I wasn’t seeing anyone else putting it in print, that I should stop trying to educate people one at a time, in person, and instead write and publish a book! There were loads of books out there about raising and training dogs but none dedicated to finding the right dog in the first place - which makes raising and training so much easier. I wrote the first draft of the book without doing any research at all. My goal was to get all the basic material down on paper, and then go back during revision to check and double-check the facts and figures.

Q: How did publishing your first book change your process of writing, if at all?
A: I’ll tell you how writing my first book affected me. My first book was a young adult suspense novel, titled “Call the Darkness Down.” One morning when I was sixteen, I woke up and the story was right there, in my head. I typed (yes, typed, on a manual typewriter!) madly for three weeks and it just poured out, from beginning to end. Now, I certainly reworked and reworked the story, eventually going to college in the country of Wales, where the story took place, in order to make it feel authentic. It was published when I was 21. But here’s the problem: the story just poured out. My editor at Atheneum Books was ready for me to send her a second novel a year or so later, and I had no idea on earth how to make that happen. Nothing new appeared in my head, fully formed! So in a way, I hadn’t really learned how to make up a story at all. I struggled for decades to write another novel and so far, never have. One thing I love about having written “How to Find Your Dream Dog” is that I didn’t have to try to make anything up - it was all material I was very familiar with and badly wanted to share with the widest audience possible.

Q: Have you ever gotten reader’s block?
A: What an interesting question. Yes, I have. There are times when I feel as if I really want to read but I feel too restless, either physically or mentally, sometimes both. If the restlessness is physical, I try to set up something to do with a friend, go outside and play with my dogs, or even do some house cleaning or rearranging - often that makes me feel settled afterward and ready to treat myself to a novel. If I’m mentally restless, I watch something fast-paced and fun, like a marathon of Star Trek episodes.

Q: What is the first book that made you cry?
A: I doubt that it was the first one, I’m an emotional reader, but one that sticks out vividly in my memory is Ernest Thompson Seton’s “Wild Animals I Have Known.” I read it when I was about ten. It’s full of stories of wild animals living their lives and then dying their tragic deaths - because no wild animal dies peacefully of old age. I remember sobbing to my older sister about the wild horse that jumped off a cliff rather than submit to being caught and tamed. I can still remember the last line of that story: “Broken and lifeless, but free.” She hugged me and said comforting things. What a great sister.