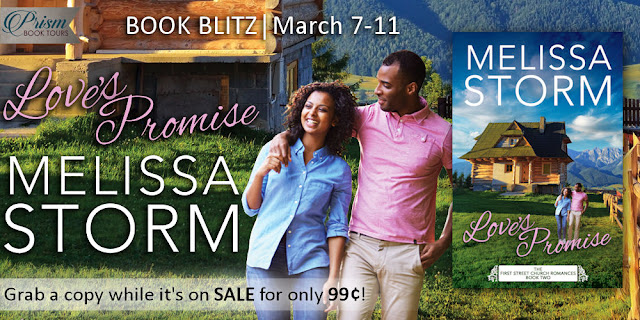 On Tour with Prism Book Tours

Love's Promise is on SALE for a limited time! Grab a copy for your eReader while you can! 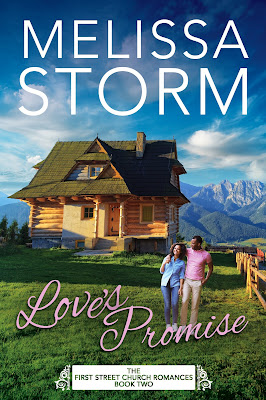 She's waiting for her prince to come … but was he right beside her all the time?

Kristina Rose Maher wants to know why fairytales never happen for fat girls. Certain that diner cook Jeff, handsome and fit, will never want her as more than a friend, she stuffs down her attraction to him. But when she finds herself facing a life-altering weight loss surgery, she discovers she's willing to do whatever it takes to embrace life—and love—to the fullest.

Jeffrey Berkley can't bear the thought of losing the friend he’s only just beginning to realize matters so much to him… no matter what size she is. But he is also terrified that helping her reach for her dreams will also mean finally reaching for his own—and letting down his family’s legacy in the process.

Both Kristina Rose and Jeffrey must learn to love themselves before they can find a way to make a promise to each other. Will they finally be able to lay their heavy burdens at the Lord's feet, and trust him to bring the happily-ever-after they both crave?

“Order’s up!” Jeffrey bellowed from the kitchen as he slid a pair of plates into the window that looked out upon Mabel’s Old-Fashioned Diner.


“That was fast,” Kristina Rose said with a smile as she loaded up her round serving tray with condiments and extra napkins, then grabbed the meals he had prepared. Her teeth gleamed white against her dark complexion. The added contrast made Kristina’s smiles seem all the more special. Jeff had never been sure why, but he’d always appreciated the little jolt her happiness sent rushing through him.


“Gotta be fast,” he responded without missing a beat. “Mabel’s got a reputation to uphold, after all. And, besides, I’m starved. Gonna whip something up and take a late lunch. Want to join me? I can just as easily cook for two as I can one.”

The corners of her mouth fell, and Kristina let out a slow sigh. “I wish,” she muttered. “I started my liquid diet this morning. I’m only allowed protein drinks and chicken broth… and water, of course.”


“Sorry, sorry, I forgot!” He shooed her toward the waiting customers. Now that she’d mentioned it, he had noticed her step become a bit slower, her tray droop lower than usual.


She’d be going in for surgery later that week and absent from the diner for at least a month while she recovered. Their boss, Mabel, had insisted on it. Part of him wondered why she had even come into work at all if she’d already started her pre-surgery fast, but the answer seemed obvious enough. She’d already be missing out on a month of income as she recovered, and for a young woman living on her own, well, she needed every dollar she could scrimp and save.


And while they liked many of the same things, lived in the same city, and even came from two of the only non-white families in town, they were also different in a lot of ways, too. For starters, Kristina Rose had grown up in their tiny town of Sweet Grove, Texas, whereas Jeff hadn’t shown up until high school when his parents took over the old pharmacy downtown. He was close with his parents, always had been, but Kristina had never known her father and always seemed to prickle whenever Jeffrey asked after her mother.

But that was none of Jeff’s business, of course.


Other Books in the Series 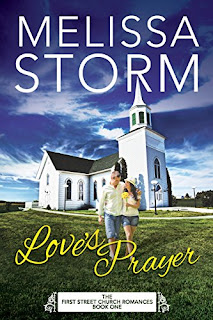 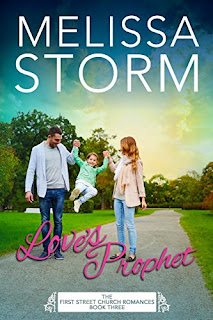 Melissa Storm is a mother first, and everything else second. Her fiction is highly personal and often based on true stories. Writing is Melissa's way of showing her daughter just how beautiful life can be, when you pay attention to the everyday wonders that surround us.


Melissa loves books so much, she married fellow author Falcon Storm. Between the two of them, there are always plenty of imaginative, awe-inspiring stories to share. When she's not reading, writing, or child-rearing, Melissa spends time relaxing at home in the company of her four dogs, four parrots, and rescue cat. She never misses an episode of The Bachelor or her nightly lavender-infused soak in the tub. Because priorities.

1 winner will receive a Kindle Fire and a signed copy of the first book in the series, Love's Prayer

US only Ends March 11th