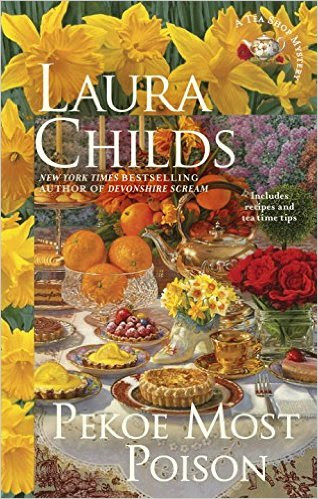 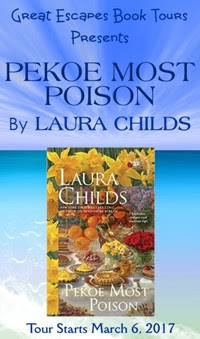 When Indigo Tea Shop owner Theodosia Browning is invited by Doreen Briggs, one of Charleston’s most prominent hostesses, to a “Rat Tea,” she is understandably intrigued. As servers dressed in rodent costumes and wearing white gloves offer elegant finger sandwiches and fine teas, Theo learns these parties date back to early twentieth-century Charleston, where the cream of society would sponsor so-called rat teas to promote city rodent control and better public health.

But this party goes from odd to chaotic when a fire starts at one of the tables and Doreen’s entrepreneur husband suddenly goes into convulsions and drops dead. Has his favorite orange pekoe tea been poisoned? Theo smells a rat.

The distraught Doreen soon engages Theo to pursue a discreet inquiry into who might have murdered her husband. As Theo and her tea sommelier review the guest list for suspects, they soon find themselves drawn into a dangerous game of cat and mouse...

Review:
The story starts out with Drayton and Theodosia Browning attending a rat tea party hosted by Doreen Briggs. Doreen is the president of the Ladies Opera Auxiliary and one of a handful of social powerhouses in Charleston, South Carolina. Everything is apparently normal until a fire is accidentally started and tragedy takes a turn.
This book is freshly written, even after book 18 in the series. Childs keeps you pulled in from the guy in a rat suite answering the door, through all the twists and turns and surprises, until Theodosia's and Riley's conversation at the very end. And, I though all the recipes and Tea Sources at the end of the book was such a fun surprise! After reading this book, I'll be adding the others in the series to my TBR :)

INCLUDES RECIPES AND TEA TIME TIPS
About The Author 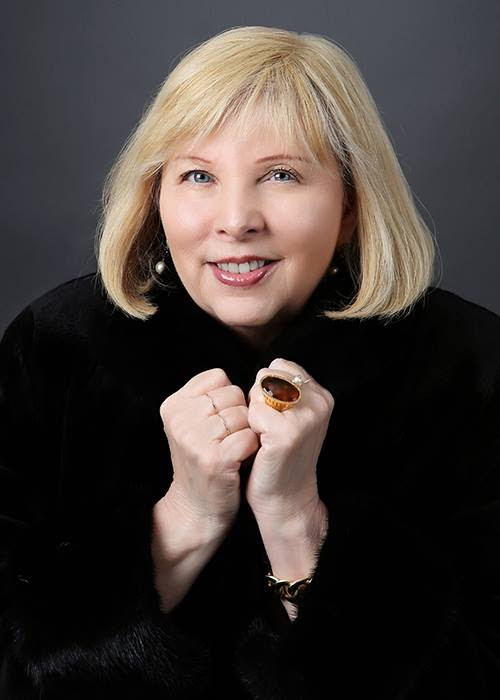 . In her previous life she was CEO/Creative Director of her own marketing firm and authored several screenplays. She is married to a professor of Chinese art history, loves to travel, rides horses, enjoys fund raising for various non-profits, and has two Chinese Shar-Pei dogs.
Laura specializes in cozy mysteries that have the pace of a thriller (a thrillzy!) Her three series are:
The Tea Shop Mysteries

- set in the historic district of Charleston and featuring Theodosia Browning, owner of the Indigo Tea Shop. Theodosia is a savvy entrepreneur, and pet mom to service dog Earl Grey. She’s also an intelligent, focused amateur sleuth who doesn’t rely on coincidences or inept police work to solve crimes. This charming series is highly atmospheric and rife with the history and mystery that is Charleston.
The Scrapbooking Mysteries

– a slightly edgier series that take place in New Orleans. The main character, Carmela, owns Memory Mine scrapbooking shop in the French Quarter and is forever getting into trouble with her friend, Ava, who owns the Juju Voodoo shop. New Orleans’ spooky above-ground cemeteries, jazz clubs, bayous, and Mardi Gras madness make their presence known here!
The Cackleberry Club Mysteries

- set in Kindred, a fictional town in the Midwest. In a rehabbed Spur station, Suzanne, Toni, and Petra, three semi-desperate, forty-plus women have launched the Cackleberry Club. Eggs are the morning specialty here and this cozy cafe even offers a book nook and yarn shop. Business is good but murder could lead to the cafe’s undoing! This series offers recipes, knitting, cake decorating, and a dash of spirituality.
Laura’s Links:

March 9 – My Journey Back – REVIEW Posted by Elisha German at 4:06 PM