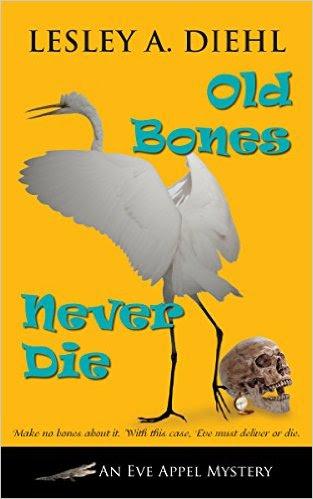 Just before Walter Egret is killed in a hit-and-run, he phoned his half-brother Sammy to report that he'd unearthed their missing father's pocket watch, along with a pile of human bones. The project is put on hold until it can be determined if the site is an Indian burial ground. Then the bones disappear.
Now Sammy and his brother's three orphaned children want Eve Appel to go pro, applying her innate snoopiness to the trade of private investigator.
Eve already has her hands full with her two consignment stores. What is she going to do? Sammy and Walter are Miccosukee Indians, and Walter was employed as a backhoe operator on a construction site for a sportsmen's resort. Was Walter's death murder or an accident? If the bones belong to Sammy's father, how did they get there? Delving into these mysteries, Eve is aided by her usual crew of friends and family. This adventure will not only up the stakes for Eve as an investigator, but it will also open her eyes to life possibilities she never imagined.

REVIEW:
Diehl is a new to me author but, after reading Old Bones Never Die, I look forward to reading more by this lovely author. This is the 6th book in the Eve Apple mysteries so I am going to be picking up the first 5 now. I loved how determined, spunky, and fun Eve is. I think she gets it from her grandmother who is also a sharp-witted woman with spunk and a rock. And Eve's shop sounds like a really cool place to go and even just look around. As the story unfolds about the bones being discovered, you find yourself wondering along with the boyfriend if it is his father's bones from their sacred burial ground. And what was it that he put in his pocket??
Lastly, I think it was so cool how the author was able to create a mystery within a mystery without loosing the reader. This is positively a series I will be catching up with and continue to follow. 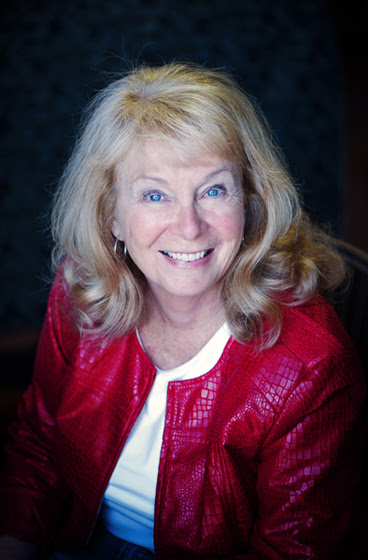 Lesley retired from her life as a professor of psychology and reclaimed her country roots by moving to a small cottage in the Butternut River Valley in upstate New York.  In the winter she migrates to old Florida—cowboys, scrub palmetto, and open fields of grazing cattle, a place where spurs still jingle in the post office, and gators make golf a contact sport.  Back north, the shy ghost inhabiting the cottage serves as her literary muse.  When not writing, she gardens, cooks and renovates the 1874 cottage with the help of her husband, two cats and, of course, Fred the ghost, who gives artistic direction to their work.

March 16 – My Journey Back – REVIEW, GIVEAWAY

March 18 – Escape With Dollycas Into A Good Book – SPOTLIGHT

March 18 – Queen of All She Reads - REVIEW, GUEST POST

Posted by Elisha German at 2:13 PM