Amazon |Amazon UK | Amazon AU | Barnes & Noble | iBooks| Kobo | Google
Amber Miller has worked hard to get her small business thriving. Now the Wright family wants to tear down her store to put up a mega center. What’s even worse, the guy who broke her heart in high school is the new CEO of Wright Inc. He’s just as infuriating now—and just as tempting—as he was back then, but she isn’t giving up without a fight.

Logan Wright is back in Pine Falls for one reason: to turn his dad’s failing company around. His plans should put them on the upswing. But he didn’t count on Amber Miller standing in his way, as fiery and stubborn as she was years ago. And the more time he spends with her, the harder it is to resist falling for her again. The only problem is he’s everything she doesn’t want. 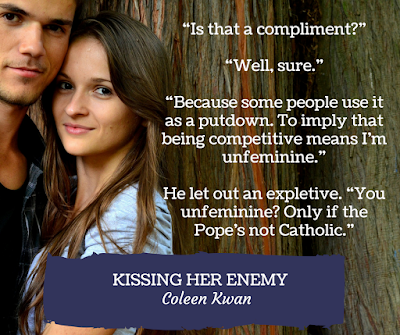 
Scowling, she stared down at the floor. After a few seconds she looked up. “You’re so sure of yourself, aren’t you?”
He wasn’t. In fact, he’d been holding his breath waiting for her decision, but now he let himself relax as he saw the answer in her eyes.
“It’ll be fun building something together,” he said, trying to sound soothing.
“Don’t think you can sweet talk me into selling you my store.”
“Honey, if I were going to sweet talk you into anything, it wouldn’t be that.”
A faint color seeped into her cheeks, making her look surprisingly vulnerable. “Don’t call me honey.”
“You’re right. You’re not like honey. You’re more like lemon. Tart and tangy.”
“And you’re like Turkish coffee.”
He lifted his eyebrows. “Because I’m smooth, dark, and satisfying?”
“No. Because a little sip is all I can take.” She tucked her purse under one arm and as she began to stride away she threw over her shoulder, “Not to mention the unpleasant mud at the bottom.” 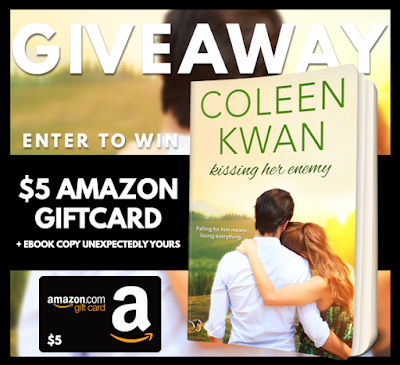 Coleen has been a bookworm all her life. At school English was her favorite subject, but for some reason she decided on a career in IT. After many years of programming, she wondered what else there was in life — and discovered writing. She loves writing contemporary romance and steampunk romance.

Coleen lives in Sydney, Australia with her partner and two children. When she isn’t writing she enjoys avoiding housework, eating chocolate, and watching The Office.
Website | Twitter | Facebook | Goodreads | Newsletter
a Rafflecopter giveaway