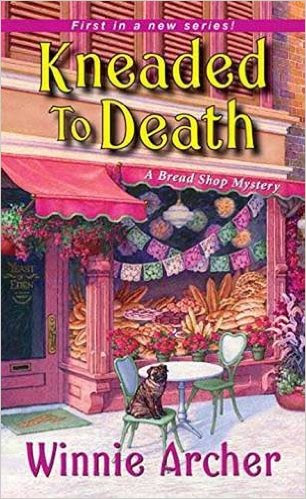 Everyone swears by Yeast of Eden, the Mexican bread shop in town. But tonight, the only thing on the menu is la muerte . . .

Struggling photographer Ivy Culpepper has lots of soul-searching to do since returning to seaside Santa Sofia, California. That is, until the thirty-six-year-old enters a bread making class at Yeast of Eden. Whether it’s the aroma of fresh conchas in the oven, or her instant connection with owner Olaya Solis, Ivy just knows the missing ingredients in her life are hidden among the secrets of Olaya’s bakery . . .

But Ivy’s spirits crumble when a missing classmate is suddenly discovered dead in her car. Even more devastating, the prime suspect is Olaya Solis herself. Doubting the woman could commit such a crime, Ivy embarks on a murder investigation of her own to prove her innocence and seize the real killer. As she follows a deadly trail of crumbs around town, Ivy must trust her gut like never before—or someone else could be toast!

Review:
Cozy mysteries are new to me and I am learning that I quite enjoy them. They're like the adult version of Nancy Drew or The Hardy Boys.  still love Nancy Drew books...
Anyways...
I wouldn't say I am a great baker (that's my mother's area of expertise in the kitchen), but  do know how to bake. This story's setting is in the kitchen, which is why I mentioned the above. Ivy has been dealing with loss and grief but finds that baking fills that void and makes her happy. Sadly, during her first class, she learns someone has been murdered and the dead body is in her car. Thus, a murder mystery has begun!
The only thing about this book I didn't care for was that it seemed to focus more on the grieving process than the actual plot. That said, aside from that, I really enjoyed this book and really look forward to the rest of the series! This was a well-written, well-developed cozy mystery that I snuggled up to read without hesitation. 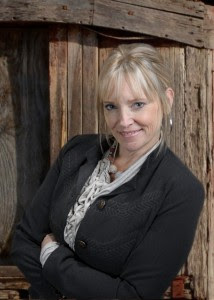 The indefatigable Winnie Archer is a middle school teacher by day, and a writer by night. Born in a beach town in California, she now lives in an inspiring century old house in North Texas and loves being surrounded by real-life history. She fantasizes about spending summers writing in quaint, cozy locales, has a love/hate relationship with both yoga and chocolate, adores pumpkin spice lattes, is devoted to her five kids and husband, and can’t believe she’s lucky enough to be living the life of her dreams.
Visit Winnie online:
WinnieArcher.com

March 1 – Cinnamon, Sugar, and a Little Bit of Murder – REVIEW

March 2 – Reading Is My SuperPower – REVIEW

March 9 – Cozy Up With Kathy – REVIEW

Posted by Elisha German at 9:03 AM