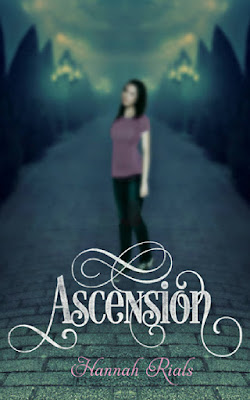 Life is supposed to be perfect after Cheyenne Lane’s Ascension ceremony, but it turns out awakening her vampire half only complicates things more. Burdened with a patronizing family and constant surveillance by the Vampire Council, Cheyenne welcomes a summer vacation to the magical city of New Orleans. But Cheyenne quickly realizes that she can’t escape her problems, no matter where she goes.

After seventeen years of fearing exposing her secret to humans, Cheyenne’s world is rocked when she starts to fall for a witch named Eli. When he shows Cheyenne how complex the world really is, she must accept that everything she thought she knew about being a Deuxsang is a lie.

As if all this isn’t problem enough, Cheyenne finds herself the pawn of a conspiracy hatched by those who should be protecting her. Her whole life Cheyenne is told what to believe and who to trust. Now, she’s forced to choose for herself who and what is right. No matter which choice she makes, it will cost her everything.

Steeped in the mystery, intrigue and rich history of New Orleans and the secretive world of the Deuxsang, teen vampire, Cheyenne, and her forbidden love, Eli, embark on a very different, and vastly more dangerous, journey as the net of betrayal tightens around them. This intense and fresh novel is enchanting, engrossing and impossible to put down right up to the cliffhanger ending. Remember, the end is not the end.

Testimonials
What an extraordinary debut novel with new and intriguing twists on vampires—a strong female protagonist as one. I already can’t wait for book two.-Jill Murphy Long, author of The Conduit

This book is by the far the BEST YA/Adult fiction that I’ve read in a very long while. So exciting!-Rebecca F

The wait is over-Ascension is here! Thrilling and entertaining, like the experience on a crazy roller coaster. Hannah has grown into the most amazing writer. Watching her journey has been as much fun as holding the book in my hands. A "must read" for YA and thriller fans!-Valarie B.

Rials has created a complex, fascinating, hidden world within our world. And I think we're just beginning to scratch the surface."-Kris Whorton 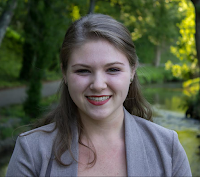 About the Author
As Maryville native and current college student at University of Tennessee at Chattanooga, Hannah Rials began writing her first novel at age twelve. Eight years later, the result is her newly published YA novel Ascension; a modern day teenage romance filled with "double-blooded" vampires and revenge-seeking witches.


Published by Aletha Press of Maryville, TN, Ascension is Rial’s first novel. When not attending college and spending time with her family, Rials keeps busy by playing with her beloved Corgis, Buddy and Noel, leading a creative writing group at University of Tennessee at Chattanooga and cultivating her writing skills.
“I feel like I am living proof that dreams do come true.”- Hannah Rials
Author Links: