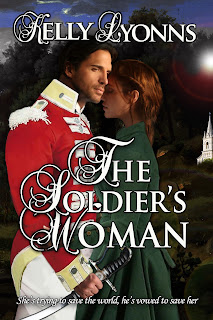 Excerpt:
Trapped together, hiding from the enemy

From beside her came the sounds of a large body settling in the rustling straw, followed by a faint sigh. Her rambling thoughts focussed back onto the present and the man at her side. He had given no indication that any of his wounds were serious, but he must surely be as bone tired as she felt. She tried to lie back in the dark and relax as she listened to his body shifting on the dry straw.

Perhaps his arm was paining him. The thought troubled her, but there was nothing to be done about it here and now. He sighed and stirred again. She winced, it would be an unpleasant job unsticking the dried blood and removing his coat. Imagining the Colonel removing his coat sent immediate heat to her cheeks. Perhaps she just imagined it, but she could feel the warmth of his body down her entire side, breaching the inch or two of air between them.

Thank heavens it was dark! What indiscriminate thoughts!

Then another thought occurred to her...

After earning a living as a freelance environmental scientist, writer and editor, Kelly Lyonns has evolved into a creative writer. She cohabitates with three cats, two children and a husband in a house so packed with character even the termites live next door. Burning questions about ecological sustainability and how to tie a Regency bodice, keep her on the internet deep into the night. 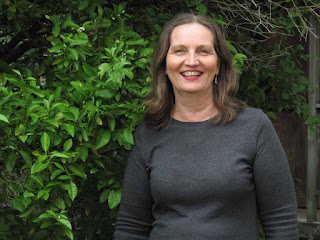 Connect with Kelly at:

GIVEAWAY
Posted by Elisha German at 12:30 AM