When a Rogue Loves A Woman by Samantha Holt **Book Blitz**

When a Rogue Loves a Woman

Patience has no need for a fiancé, or a husband. For once in her life, she wants to prove she’s just as good as a man and she does not need Nathaniel Kingsley getting in her way. With her brother injured, it is up to her to continue her family’s work…and that means tracking down a French spy and ensuring said spy will turn.

Unfortunately, no one believes she can do it alone. Which is where Nathaniel comes in.

Nate is happy to be of service. Why pass up the opportunity to repay an old friend, especially with a little intrigue along the way? Find the spy, play escort to Patience, return home to continue smuggling. Easy.

Or at least it would be if the stubborn Patience would let him do his job. The breeches-wearing woman is determined to do it all alone and, he has to admit, there’s something quite distracting about a woman in men’s clothes.

Can he keep his attention from her long enough to complete their mission and persuade Patience to let him do his job and protect her? A job he’s beginning to find he’s enjoying a lot more than he thought he would…

When a Rogue Loves a Woman Excerpt

“I hasten to add,” Patience said, far too matter-of-factly for a woman who was practically naked, “that this is not the first time you have seen me in a man’s shirt.”

“Nor will it be the last, I’m sure,” Nate drawled. “But I have never seen you in only a man’s shirt.”

And what a sight to behold it was.

He’d been aware that Patience had some redeeming qualities. Two to be precise. The way the cotton carefully caressed her breasts and drew his attention had him wondering if he’d been spending too much time with the breast-obsessed Drake. He was normally an arse man.

Not when it came to Patience it seemed. But it was not only her breasts that drew his attention. Her legs were surprisingly long for a short woman. Though not slender, they were strong and capable-looking. Just the sort of legs perfect for when the woman was on t—

He had only just noticed. After all, he’d been far too busy leering at the unexpected delights that had been hiding under those baggy masculine clothes. Why did she hide herself? No doubt she considered herself free, unconstrained by womanly garments, but he suspected it was more to do with disguising herself than anything, whether she was aware of that or not.

But she was staring, and she certainly was not hiding it. Her gaze ran over him like a that of a ravenous wolf. She should have licked her lips to finish off the picture. As it was, her top teeth came down to bite upon her plump bottom lip. He near groaned.

“I am not staring,” she said, her voice a raspy whisper.

She was. Still. Nate lifted his chin a tad and straightened his shoulders. He was no stranger to female admiration but, he had to confess, Patience admiring him did more for his pride than one hundred looks from society ladies. Given that she loathed the very air he breathed, it was quite an achievement.

Nate took a step closer. A little experiment just to see. She did not move, instead seeming to sway slightly into him.

“You stubbed your toe?” he asked, keeping his voice low.

Oh, she was far too much fun to toy with in every way. And, of course, that was what it was. A game. What else could life be for a second son? No responsibilities, no heirs to bear, no future set forth for him. Had he been able to join the military perhaps it would have been different but he would not dwell on that fact. He would only play so far, of course. They had a mission to do and while he enjoyed teasing her, he did not touch virgins. Unless they begged and there was little chance of recourse, naturally. But he doubted Patience would ever beg.

“Pardon?” she asked, her gaze remaining latched upon his chest.

“You stubbed your toe?”

She nodded, her teeth still digging into that lip delightfully and making him want to pull it between his own teeth and suck at it until it was even more plump and red.

Nate put his hands to her waist and heard that satisfying inhalation of surprise. She stiffened but he had little troubles lifting the small woman onto the table.

She peered at him as if he was speaking in a foreign language.

He took her foot in his hand and eyed the toe in the candlelight.

Apparently, the fight had returned. She tried to wriggle her foot away from him but he kept it gripped tight around her ankle.

“Nathaniel, put me down.”

Alas, the effect of his bare chest had not lasted as long as he had hoped. Had she continued to be so malleable it would have been easy to have this mission completed swiftly. He would have to try harder next time. He smirked at the idea of walking around entirely naked simply to ensure he did not get entirely dominated by this woman. 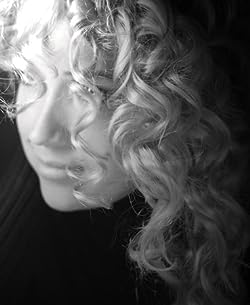 Samantha lives in a small village in England with her gorgeous twin girls. She enjoys writing historical romance involving chivalrous knights, hot highlanders and cravatted men, but sometimes gets lured away by bad boy bikers, soldiers and other heroic modern men.

Posted by Elisha German at 7:30 AM