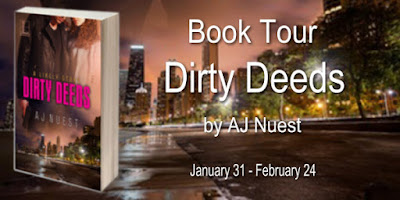 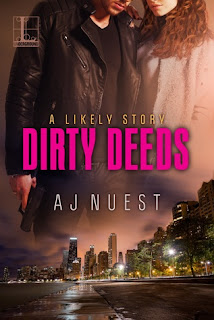 An Eye for an Eye
As owner of Dirty Deeds, a tech-savvy company specializing in the age-old art of revenge, Eden Smith knows first-hand that secrecy is critical. But when a dead body washes up on the shores of Lake Michigan clutching her business card, Eden’s well-constructed world begins to fall apart. Apparently, she’s not the only one with a passion for payback, and staying alive to outsmart a killer has become her most important job of all.

A Game for a Game
Hardened homicide detective Kelly Riordan is convinced Eden Smith is hiding more than she’s willing to admit. Years on the force have taught him that nothing is what it seems, and that couldn’t be truer than when it comes to investigating the alluring owner of a revenge-for-hire business. But revealing her past could put everything Eden has worked for in jeopardy. And trusting a man like Riordan goes against the very instincts that have kept her alive this long.

PURCHASE HERE: AMAZON|B&N
MEET THE AUTHOR
Multi-published award-winning author and editor, AJ Nuest, resides in Northwest Indiana with her loving husband, two beautiful children and a bevy of spoiled pets. Her four-part serial fantasy romance, The Golden Key Chronicles, was recently named the RONE Time Travel Romance of 2015 by Ind’Tale Magazine, and her contemporary romantic comedy, She’s Got Dibs won First Place in the Heartland Romance Author’s Show Me the Spark! Contest, 2013. She and the cat are currently vying for dictatorship. The cat is winning.